This five-hectare campsite situated in Toril, Davao City was a part of the Japanese Furukawa plantation. Davao Girl Scout Council paved the way in applying for its acquisition with the Board of Liquidators, firmly believing that one day it shall become an ideal place for the Girl Scouts’ training and activities.

Set against the panoramic view of Mt. Apo, away from the crowded metropolis, it is nestled among the Evergreen trees where birds and flowers abound, truly a sanctuary for nature lovers like the Girl Scouts.

The camp is named after Leni Alano Rivera, a Charter member of the movement from Mindanao. Leni was greatly responsible for the passage of Commonwealth Act 542 chartering the Girl Scouts of the Philippines into a National Organization, she being the daughter of Congressman Juan Alano who sponsored the bill in Congress.

The slow yet steady development of Camp Alano was attributed to the work and dedication of GSP life member, Atty. Felicidad C. Santos, who was a Regional Chairperson for a good number of years.

As recorded in the history of the region other Regional Chairpersons namely, Aurora F. Masbad, Soledad R. Duterte, Atty. Rosa S. Munda, Leni A. Cabili, Fiscal Soledad A. Acaylar, Atty. Veronica D. Tirol, Fe S. Llanos, Norma Pereyras gave their all-out support for the continuing development of the Center. Lolita L. Garcia, the current Regional Chairman, is continuing the legacy. Many avid supporters of the Girl Scouts have been lending more than a helping hand – the Davao City government agencies, civic organizations, the Commission on the Role of Filipino Women and other concerned citizens.

Among the long list of benefactors are the former Regional Chaplain, Fr. Paul Guilbault who played a vital role in meeting the needs of the camp, be it spiritual or material; the former First Lady Imelda Romualdez Marcos, for the building of the Regional Training Center in 1976; and, then Senator Gloria Macapagal Arroyo, former President of the Republic of the Philippines, for the completion of the two-storey dormitory from the Countryside Development Fund (CDF) grant thru the assistance of the Department of Tourism, Region X.

Today, Alano Regional Program and Training Center stands as a landmark in Davao City. While it has some modern architectural influences, it has retained its rustic touch. To the Girl Scouts, this center is a God-given paradise, where they come to camp together, to work, to play, to learn, to grow, to share and finally to serve.

We owe a debt of gratitude to all friends of scouting, but above all to God, the Creator who made all things possible for us. 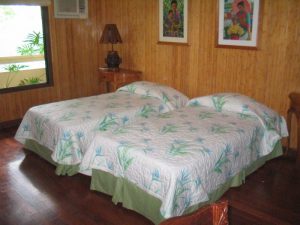 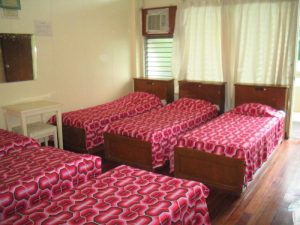 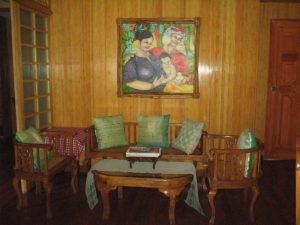 The Center has a maximum room capacity of 112 beds. It also serves as the nerve center for tourist destinations in Eastern Mindanao Region.

The Center is 18 kilometers away and a 30-minute ride from Davao City proper.

For further information about bookings and reservations you may email, visit or contact: