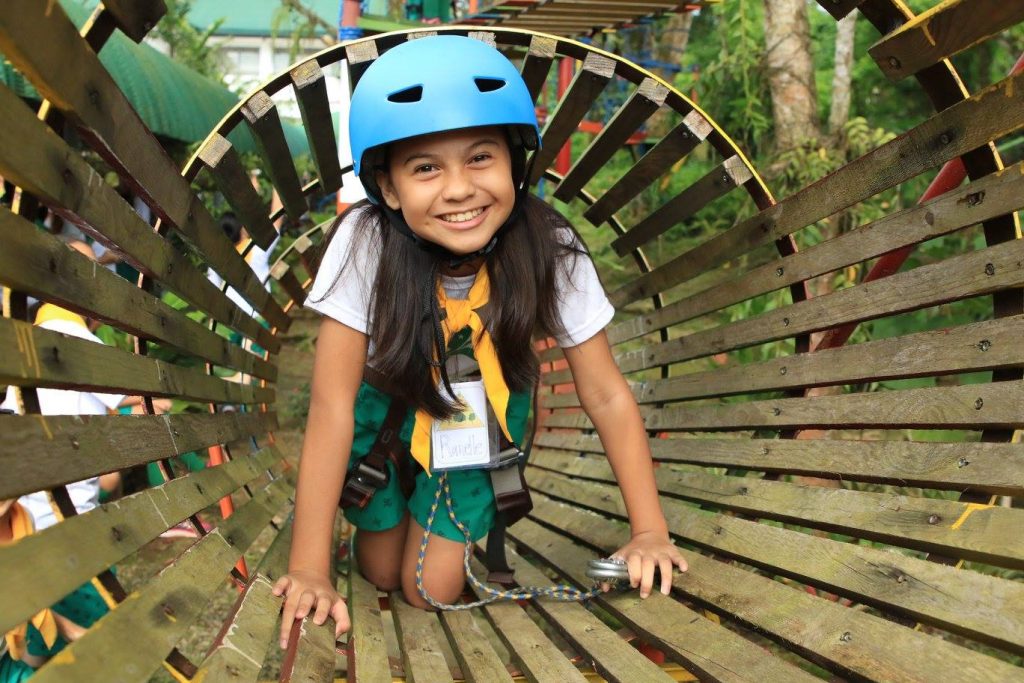 On my honor, I will do my duty
To God and my country
To help other people at all times
And to live by the Girl Scout Promise and Law.

The age range for each age level is flexible. Exceptions may be made. Girls may join at any level. They do not have to go through the Junior level before they can join the Senior level and so on. A troop leader takes up only one age level. It will be difficult for both the leader and the girls if the unit or troop were composed of girls of varying ages for obvious reasons. Each age level is distinct in activities, uniform, insignia, but all levels have these in common:

As they move or progress through the age levels, girls want to be seen as “growing up”. This is one reason why each age level is different but has similarities to the others.