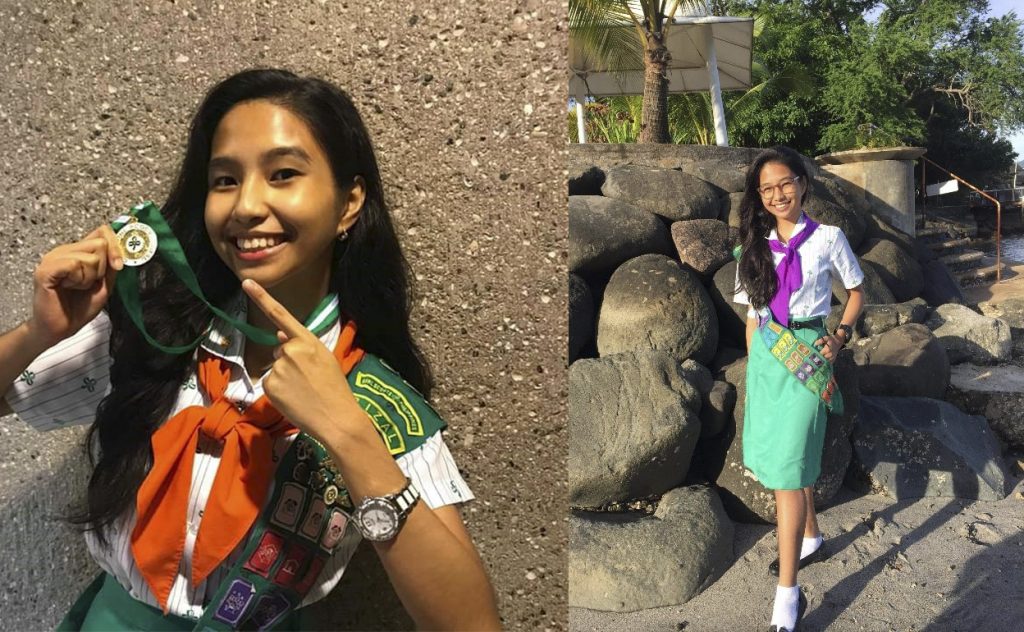 It’s amazing how fast time flies by. In a blink of an eye, it has already been 5 years since I first joined the Girl Scouting movement. Those 5 years have been eventful, to say the least. But as they say, one never really forgets the first time. Here’s how it all began.

Allow me take you back to the year 2015 when I took my first steps in high school.

Grade 7 marks new beginnings: a year to make new friends, a year to have fun, and a year to a fresh start, but not to me. 2015 became my worst nightmare. It was a year full of nothing but miseries and adversities. It was when a 13-year-old girl experienced shaming, bullying, and depression – all those in her first year of high school. It proved to be a year too difficult to overcome.

These experiences led me to Girl Scouting.  By fate. Girl Scouting saved me and made me the person I am today.

When I first entered the movement, I was clueless about it and their activities. All I knew was that it was a group of girls camping. Quickly,  I was proven wrong,  as I realized that Girl Scouting was so much more than that. It’s a group of girls and young women empowering one another to make a better world for everyone, including me.

For the first time that year, I found peace. Girl Scouting became my sanctuary. My safe haven. My passion.

As I unfolded the pages of my Girl Scout life, I realized that I have unraveled chapters by chapters of my beautiful journey in Girl Scouting. I had great and wonderful time participating in several camps, fulfilling my duties to God and country, helping other people, and living the Girl Scout Law. Most of all, I was able to achieve the highest award for a Girl Scout – the Chief Girl Scout Medal Award!

Looking back, 2015 may have been the year that hit me hard; but, it was also the year that started the journey of what would become my lifelong passion. It was a year of conquering pains and fears and becoming a better me. It was the year I met people who I will forever thank and cherish. Most importantly, it was in the year 2015 that I found my purpose.

More than ever, I would like to grab this opportunity to say that with the presence of our Lord, anything is possible. I am sharing with you my journey because I want to inspire thousands of girls who may be going through rough times. Never give up. Find a Girl Scout. Let her show you how I found Girl Scouting to help me become the person I am today: a true green-blooded Girl Scout.